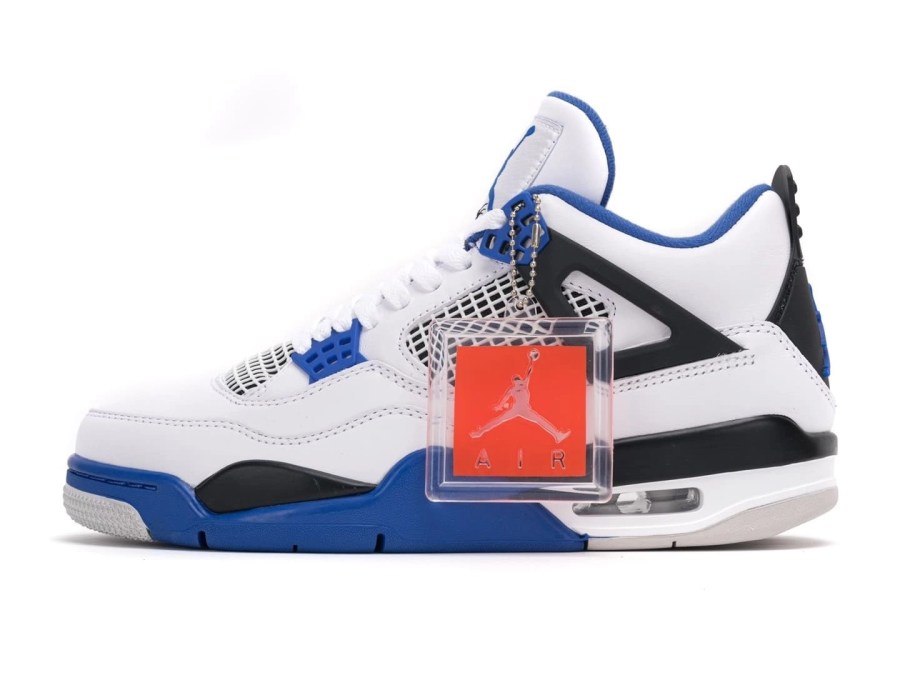 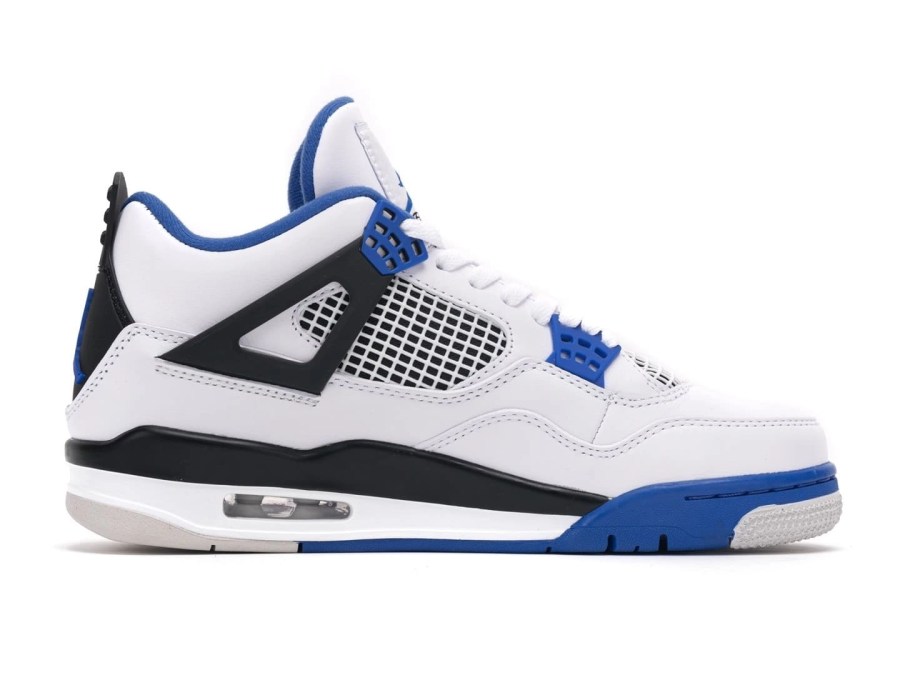 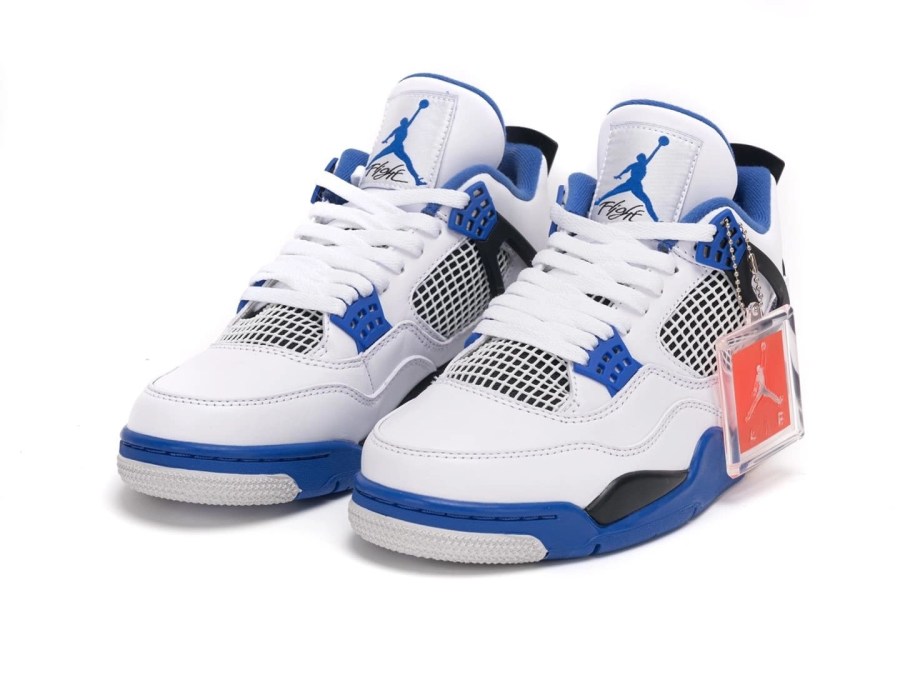 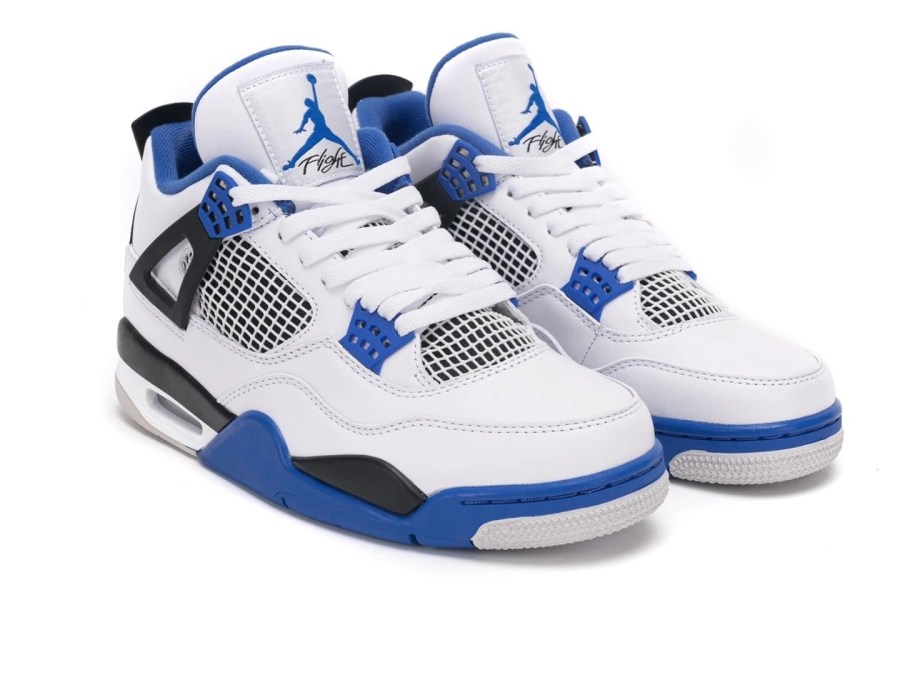 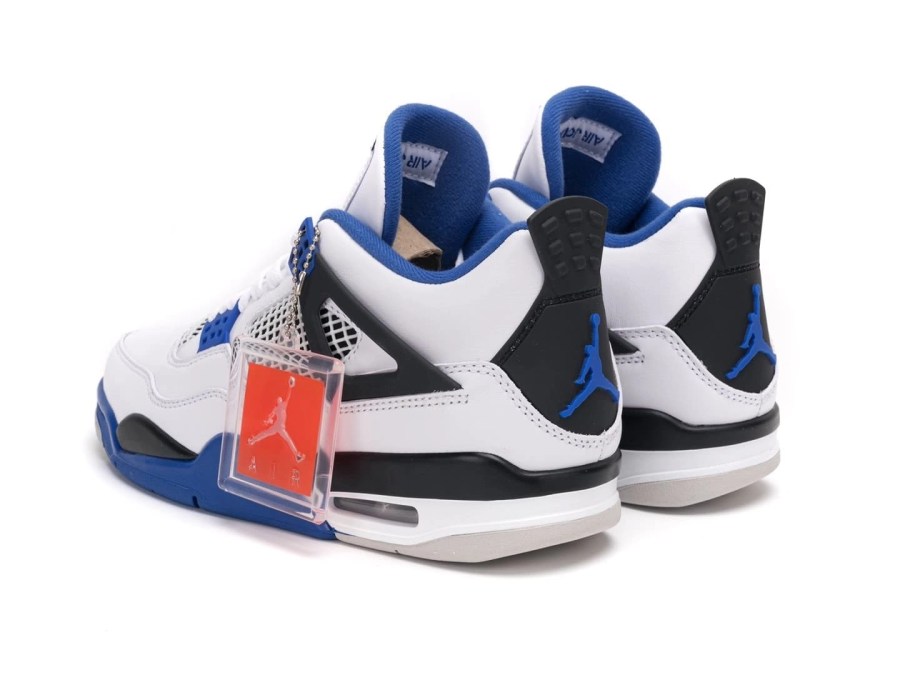 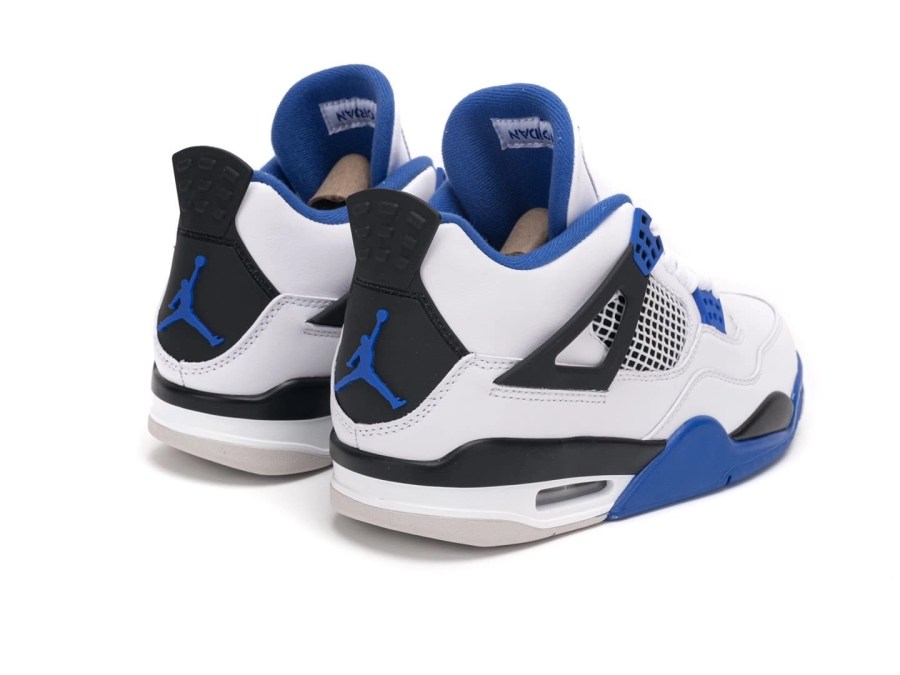 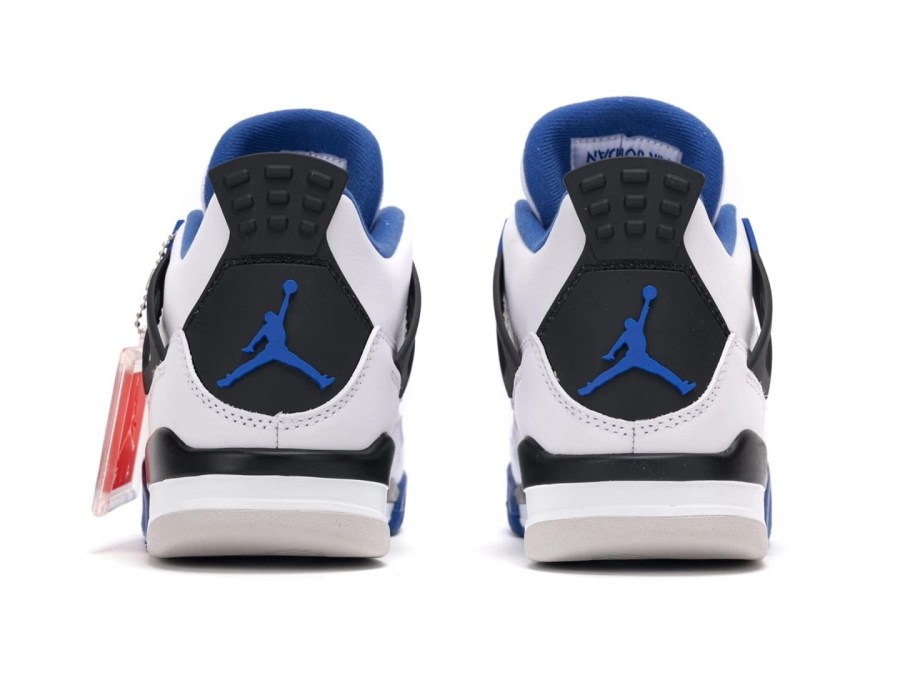 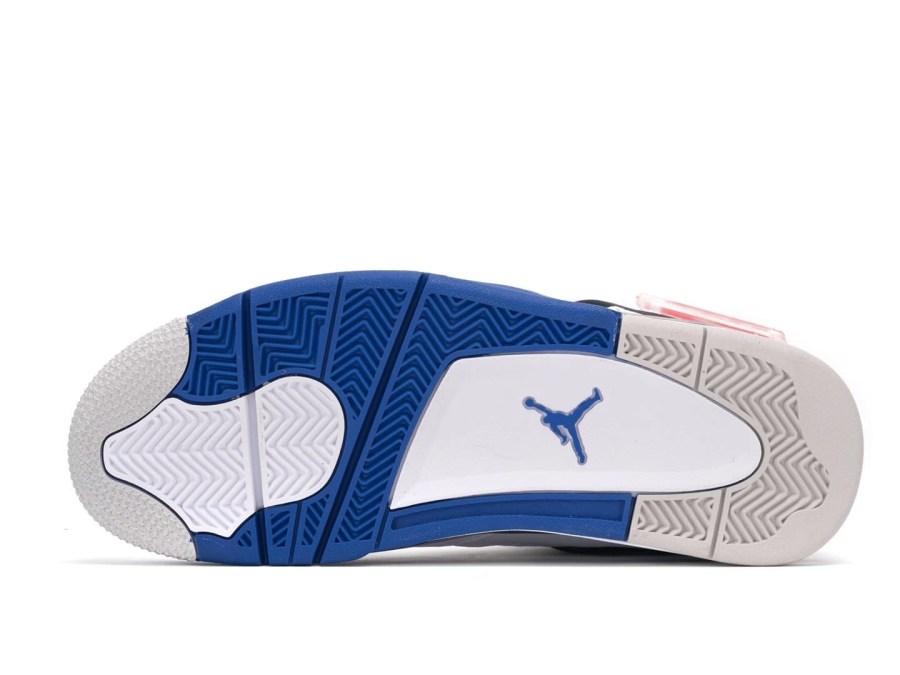 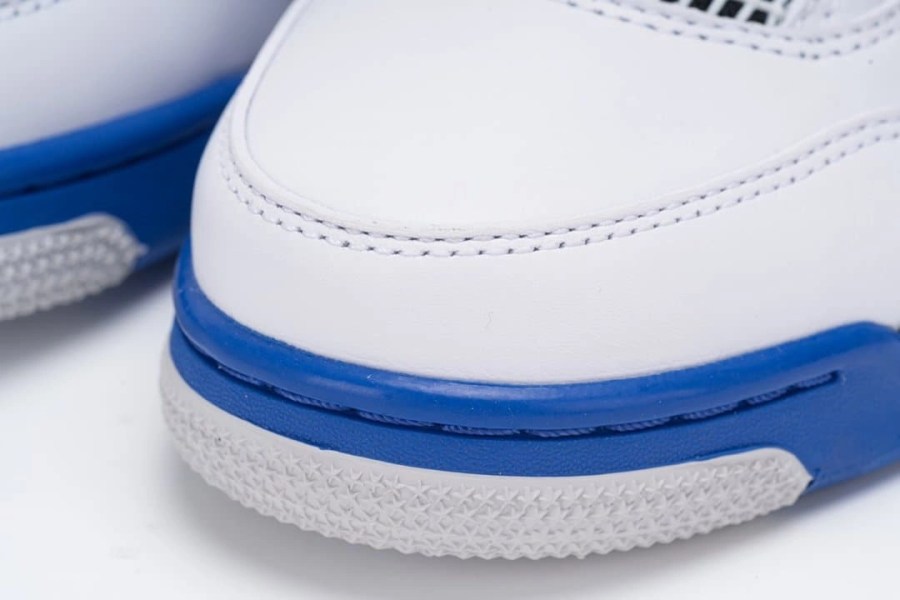 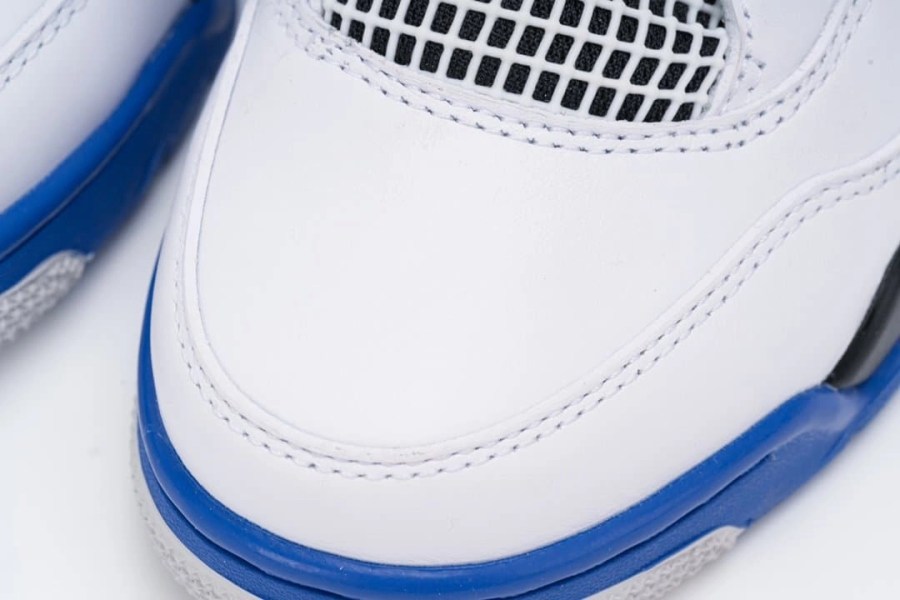 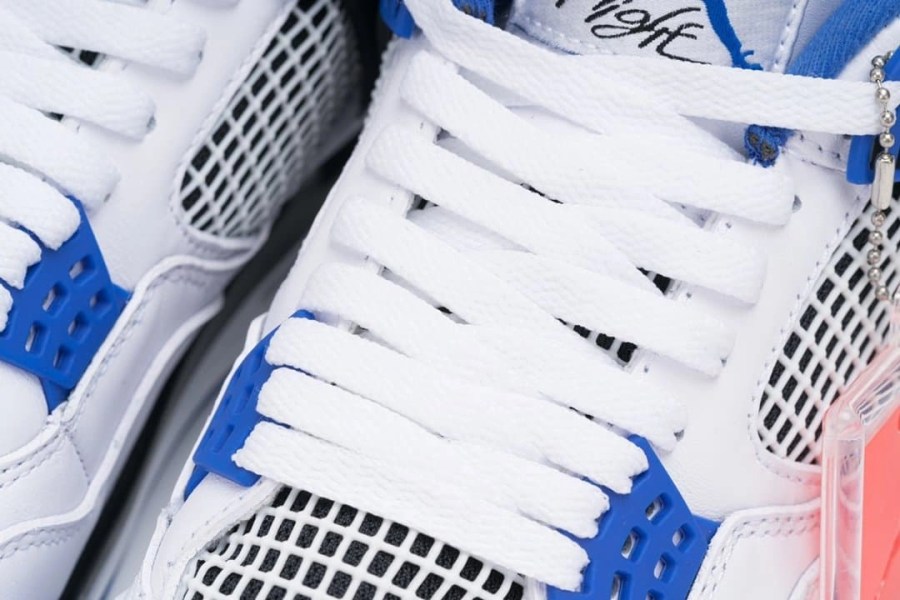 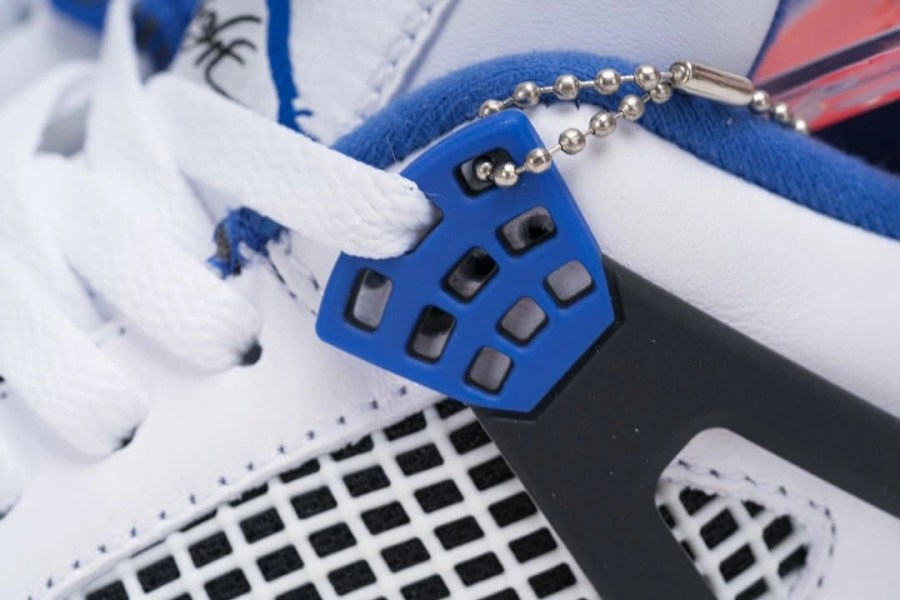 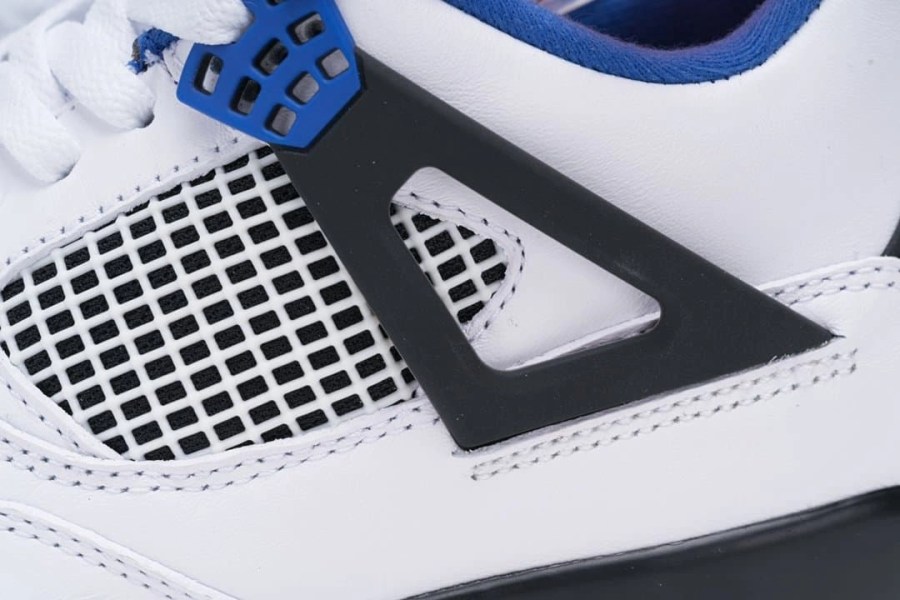 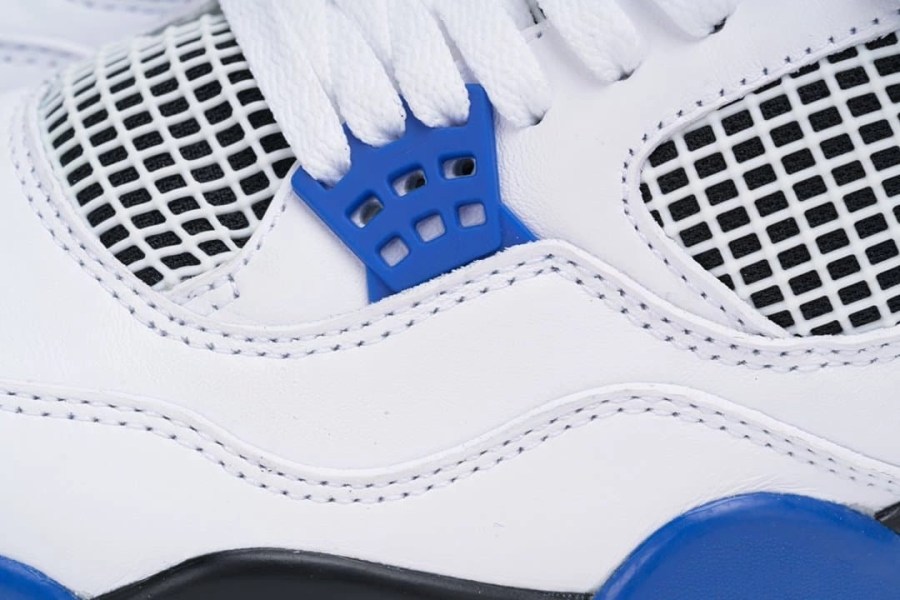 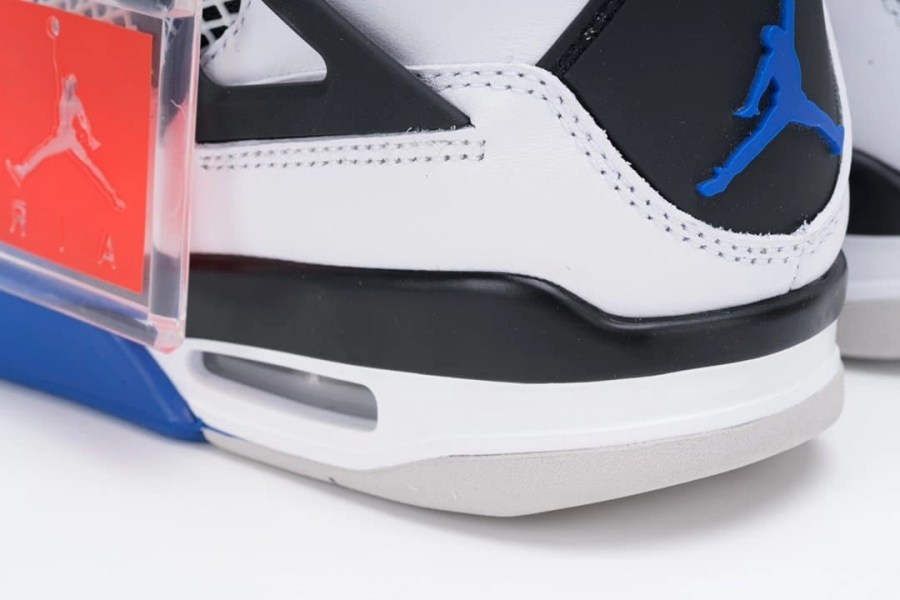 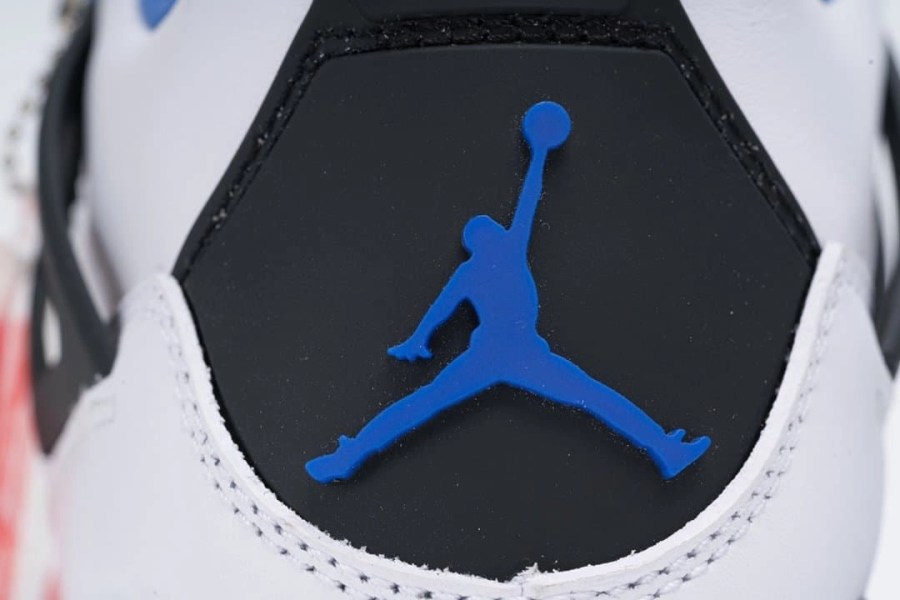 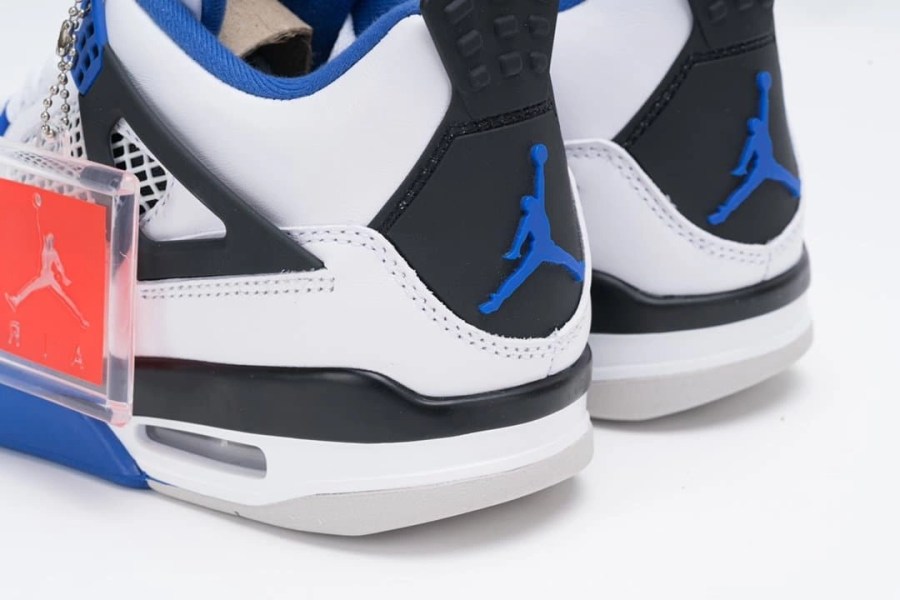 COLORWAY WHITE/VARSITY BLUE-BLACK
SOCKX PRICE $590
RELEASE DATE 03/26/2017
The Jordan 4 Retro Motorsports (2017) is inspired by a 2006 friends and family colorway created for the 4th anniversary of MJ’s Motorsport’s Racing team. Released to the general public in March of 2017, the sneaker incorporates the teams?? white, black, and varsity royal blue colors, but removes the Mars Blackmon heel accent that graced the 2006 sneakers . An Jordan 4 Retro Motorsports  released a few months later in a black colorway.