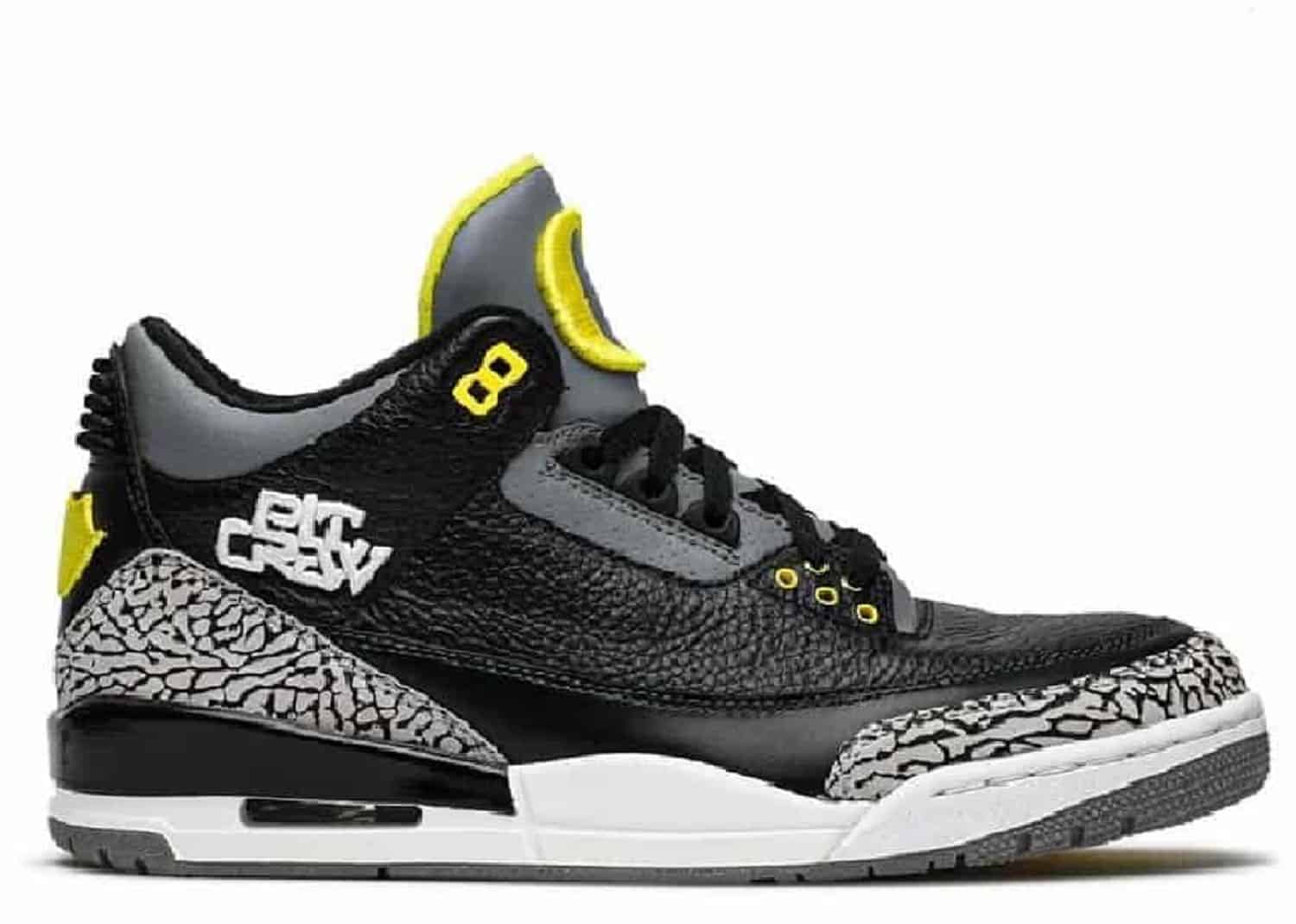 Athletes at the University of Oregon are envied in the sneaker world because of the exclusive “Ducks” colorways and at the Air Jordan 3 Oregon Ducks “Pit Crew” is at the top of the cop list for many. The Pit Crew is the nickname given to the upwards of 1500 crazed fans in the student section of Oregon’s home games across all of Oregon’s athletics. Back in 2011, Jason Williams (the ex-Oregon football player) worked with legendary designer, and Oregon Ducks Alum, Tinker Hatfield to create the Pit Crew Jordan 3. Both a white version and a black version were created in an effort to honor and inspire “Pit Crew” students. Those students that attended a certain amount of events, “earn” their pair by showing support for Oregon athletics. Both AJ3 Oregon Ducks Pit Crew colorway features the school’s green and yellow colors. Each colorway of the Pit Crew Jordan 3 features the Oregon “O” logo stitched into the tongue and duck feet stitched into the heel. The black colorway features an additional logo stitched into the ankle featuring the image of two hands clapping. Of course, there is no real way of knowing how many of these rare Oregon Ducks Jordan 3s actually exist but the hype around them was unparallelled back when they were first seen in late 2011. The Pit Crew Jordan 3 was also seen on the feet of athletes and celebrities like Dwyane Wade, Chi McBride, Kevin Durant, Carmelo Anthony and more. It seems, no matter where you actually went to school, the Jordan 3 Retro Oregon Ducks “Pit Crew” is a must have.